Ahead of World Oceans Day (Monday 8 June), a Northumbrian Water employee has been making the most of the current situation, to help keep his local coastline looking beautiful during lockdown. 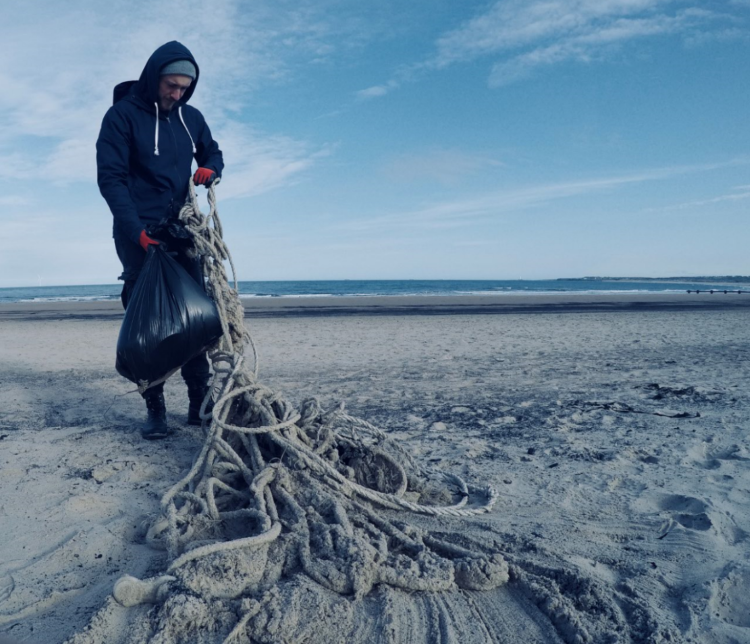 Project Manager, Ben Gilbert, who lives in Seaton Sluice, Northumberland, has been using his allocated daily exercise to get out and litter pick at his local beach.

Since March, the 32-year-old has carried out more than 30 beach cleans by taking a couple of bin bags out with him each time he and his girlfriend, Kirsty, would leave the house for exercise.

Ben, who is a regular beach user and enjoys surfing when he's away from the office, has managed to pick up nearly 50 bags of rubbish - all of which should have been disposed of correctly in the first place.

The majority of the rubbish contained single-use plastics, things such as food wrappings and plastic bottles, as well as wrongly flushed products such as tampons and cotton buds.

Ben, said: "During lockdown, Kirsty and I were walking along the beach on a daily basis anyway so we decided to start taking a bin bag with us and picking up litter as we went.

"We're really passionate about the environment and protecting marine life, and while Seaton Sluice is usually always a fairly clean beach, we were surprised at how quickly the litter added up.

"Working for Northumbrian Water, I found it particularly disappointing to find so many unflushable products which customers should be putting in a bin, and not down the toilet.

"We're lucky enough to have some of the most beautiful coastlines in the North East, and we owe it to ourselves to help look after them and keep them pristine."

In an effort to help protect the environment and reduce the risk of flooding, Northumbrian Water's Bin the Wipe campaign aims to remind customers that their toilets should not be used as bins.

The company also backs ‘Refill', a national campaign aimed at helping to reduce plastic pollution by encouraging people to use refillable bottles and drink tap water.

The purpose of World Oceans Day, which takes place every year, is to celebrate and protect the world's oceans and marine life.