Northumbrian Water is taking innovating to a global scale for its Innovation Festival in 2020. 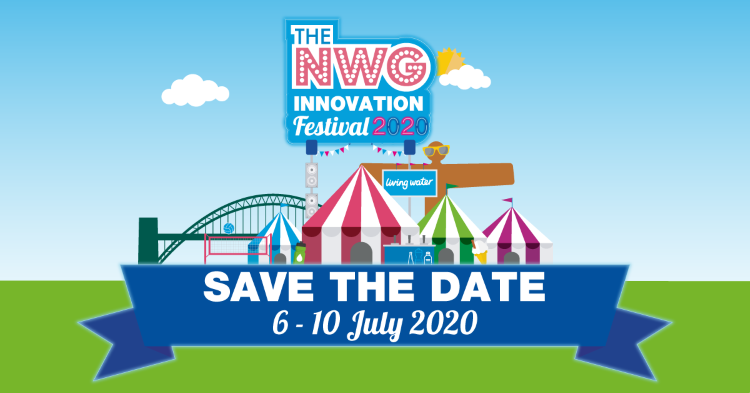 The water company has announced that it will hold its fourth ever Innovation Festival in Newcastle in July next year, but will be joining forces with creators and innovators from right across the world to take the festival to an international level…for the very first time!

The only event of its kind anywhere in the world, this five-day extravaganza focused on championing new ways of thinking, will see attendees in the North East of England working on sprints, hacks and challenges alongside festival teams in America and Australia.

Introducing influences from across the world will help take sprints in new and exciting directions and offer a global perspective to tackling some of the big problems we all face.

"It's big, it's ambitious and it's the first time something like this has ever been done by a water company and we're incredibly proud and excited to be leading the way.

"We've been really lucky to have attendees from international companies join us at the event in Newcastle over previous years, and we expect lots of them back for 2020, however the interest and attention the festival has gained from organisations worldwide meant that we had to look at how we could make it bigger and better. So we're doing it all over again…but on a global scale.

"By offering organisations and innovators in America and Australia the chance to continue our hard work overnight, once our Festival days are finished here in the UK, then we're able to open up our ideas and innovations to the whole world.

"Open innovation on a global scale. We're really excited about this new, joined-up thinking and confident that it will take innovation to the next level."

This year's Innovation Festival attracted more than 3,000 people from nearly 700 organisations from across the world to the region to work together on ideas and come up with new inventions and creations.

One of the big ideas led to ‘Dragonfly', a device which will help monitor the water quality of rivers while bringing high-speed internet connectivity to rural communities. The Festival also saw guests work on maps of both underground and ground-level assets owned by utility companies, to help keep workers safe and reduce the time needed for roadworks.

Other big ideas from previous Festivals have included the introduction of the Refill campaign into the North East, Newcastle's first pollution-busting moss tree and artificial intelligence projects including the ongoing development of Alexa skills for the company's customers.

The Innovation Festival 2020 will take place at Newcastle Racecourse from Monday July 6 to Friday July 10. For more information, see www.innovationfestival.org