The roll-out of Northumbrian Water's Bin The Wipe campaign into 40 North East hot spots will see a new team created and an investment of £250,000, following the success of localised trials in which people were encouraged to help reduce sewer blockages by stopping flushing wipes. 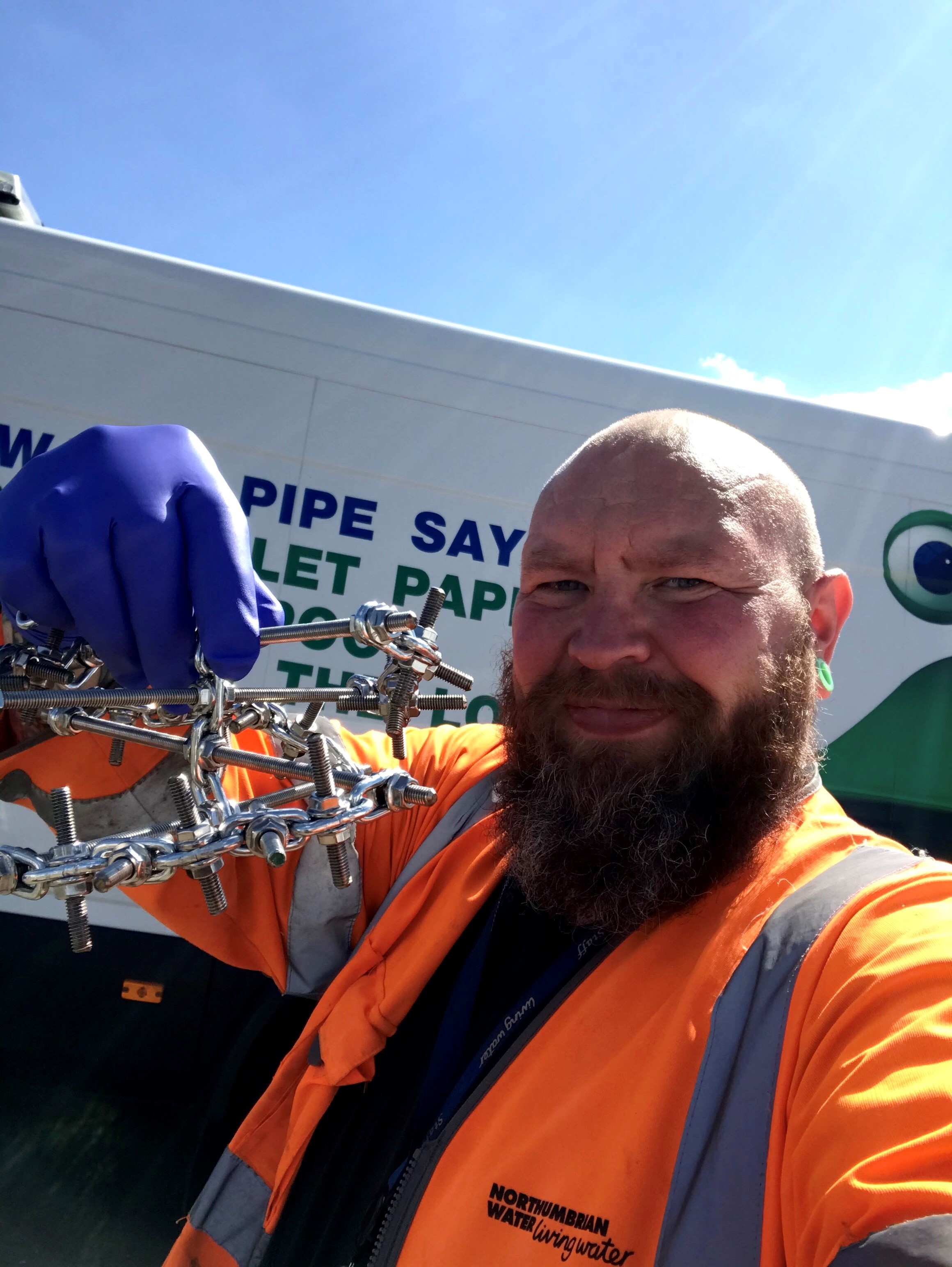 The Bin The Wipe campaign, which urges people to dispose of wipes responsibly and to not flush them down the toilet, was launched earlier this year, after the products contributed to around 64% of the 15,600 sewer blockages cleared in the North East in 2019.

Unlike toilet paper, wipes do not break down quickly in the sewers, and can settle or snag in pipes, starting build-ups that can cause sewage to back-up into people's homes or businesses, or even spill into the environment and wildlife.

Despite the first quarter of 2020 seeing a 20% increase in wipes contributing to blockages across the region, compared with the four-year average, in the campaign's pilot area, centred on part of the TS19 post code area in Stockton, there was a 61% decrease.

In that area, Northumbrian Water embarked on a twin-approach to tackling the problem, communicating directly with customers in the pilot area, informing them of the consequences of flushing wipes, and also using innovative tracing tools to track the source of flushed wipes. Once the offending homeowners were identified, they received supporting information to try to encourage a change of behaviour.

The success of this trial will see the company take these tactics to 40 new areas, selected because of the high frequency of wipe-related blockages. This will be in addition to reactively using these methods to identify offenders.

While the campaign involves direct education in an effort to encourage changes to people's behaviour, repeat offenders who continue to flush wipes may face being recharged for the cost of clearing resulting blockages, or, in extreme circumstances, prosecution, in line with the Water Industry Act 1991.

The rollout has led to the creation of a new ten-man team, which will involve adding eight new Sewage Maintenance Operatives - the roles involved in tracking and tracing wipes back to the homes from which they were flushed and helping customers to understand the risks - to the Bin The Wipe fight.

Simon Cyhanko, Northumbrian Water's Head of Wastewater Networks, said: "Wet wipes are by far the biggest cause of blockages in our sewer network, and it's getting worse. This is bad news for our customers. The good news is that the pilot activity in Stockton has shown a massive positive impact, so we have a brand new set of tactics that we believe can make a massive difference, with the potential to reduce the likelihood of our customers and the environment being negatively affected by blockages.

"People should not use their toilet as a bin. Wet wipes do not belong in our network, and they should not be flushed, regardless of what it says on the packaging. The consequences of a blockage can be horrific for customers and the environment and it takes one simple change in behaviour to make a massive difference - Bin The Wipe.

"If customers continue to flush wet wipes despite education, communications and face-to-face discussion then we will be looking to recharge our costs and, in the worst cases, prosecute. We have to take this position to protect our customers and the environment."

Work is beginning to prepare for the campaign to move into its first new hotspots later this month.

List of hotspots for Northumbrian Water's Bin The Wipe campaign: