Dual flush toilets save water, apart from those that leak!

Toilets with dual flush buttons save water, right? Of course they do, they must do! Flushing that pee away with just two-thirds of a full flush absolutely saves water.

But there’s a darker side to the humble dual flush toilet though...they’re prone to leak. And we’re not just talking about a few drops, they really leak.

In fact, looking at the bigger picture, dual flush toilets leak as much as they save, which is a shocking fact.

We know that 1 out of 10 homes in the UK have a leaking toilet, wasting up to 400 litres per day. That’s the same as having 8 showers a day or losing £200 worth of water down the toilet, every year, madness isn’t it?

Most of these leaks go unnoticed for months on end because they run into the pan or bowl of the toilet rather than out of an obvious pipe like older toilets used to.

It’s estimated that around 400 million litres of water leaks from toilets in the UK every, single, day. You read it right. Every day! That’s enough water to supply 2.8 million people, or the populations of Edinburgh, Cardiff, Belfast, Manchester, Sheffield, Liverpool, and Bristol combined each day.

That’s not to say we’re against them! Dual flush toilets are definitely better for the environment and saving water when they’re leak-free and are used properly. Bathrooms and toilets, in particular, are responsible for the largest areas of water use within our homes so limiting the amount of water used for each flush really do make a difference.

Show me the maths!

Let’s say, for example, that we flush the toilet five times a day, of which four are the smaller or shorter flushes. Let’s also assume that the most popular dual flush toilet uses six litres of water for the full flush and four litres for the small flush.

Now let’s think about the average number of people living in a UK home, which is 2.4. By using dual flush buttons, the way they’re supposed to, each home would be saving 19.2 litres per day on average. Not a number to ignore, especially if your water supply is metered! 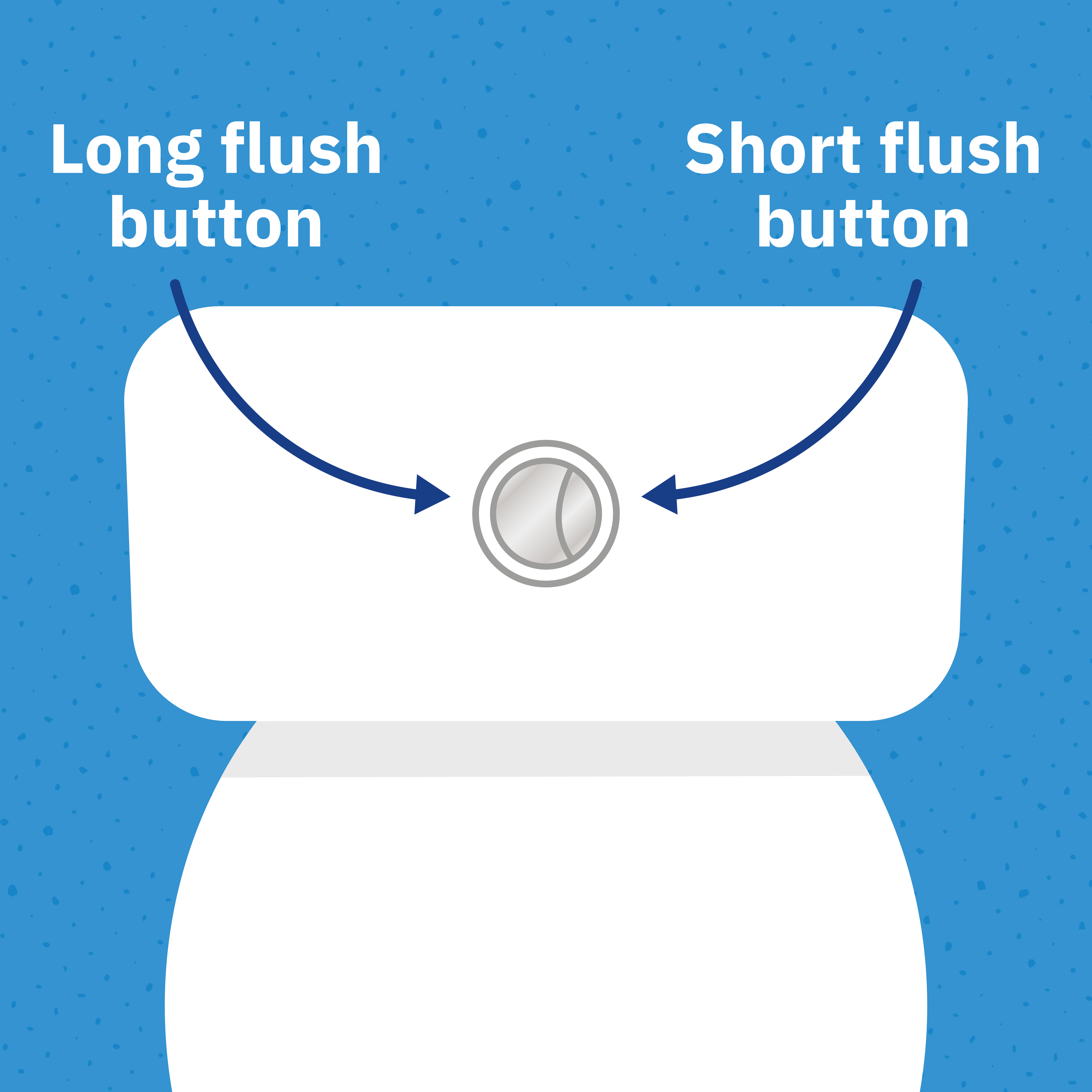 So, what can you do?

First, check your toilets, all of them!

Not sure? Find out how we may be able to help you:

Second, make sure you’re using your dual flush buttons properly. Research has found that 13 out of 14 people don’t know which button to press and probably press both down together. Are you a double button pusher? If you’ve got a dual flush toilet, take a second to stop and think before you flush, you could be saving a canny bit of money every time you ‘spend a penny’.

Water is a precious resource. Only 1% of the earth’s water is suitable for everyday use. Help us to save water and help the environment. Water’s worth saving.